The pioneer for super robust gazebos in Australia, the Altegra Heavy Duty 3x3m gazebo is built extra strong for commercial and high-demand use by everyone. Defining superior quality and extreme longevity with every part.

For leading safety and quality, rely on the unrivalled dependability of the Altegra Heavy Duty 3x3m gazebo.

Engineered to commercial gazebo standards to deliver strength, reliability, and safety. Every part has been refined since its release to Australia in 2004 in our continuous pursuit of improvement.

Our Heavy Duty gazebo is popular with those who demand the most out of their equipment and who require dependability. Strength wins over weight in the formula for designing our 3x3m Heavy Duty pop up gazebo. Huge 50/48mm legs lay the robust foundation while aluminium joints complete the upgrade from our lighter-weight Pro Lite series.

Every component is built to last – although, not overbuilt so much to forget portability. Your Lifetime Manufacturer’s Warranty ensures confidence and peace of mind. I have an Altegra 50ml heavy duty aluminium 3×3 gazebo, we are on the front row, facing the beach in Portarlington, this year, we had 125 Klm winds and heavy rain for roughly 2.5/ 3 hours, we trusted the gazebo and the way we had tied it down, so we left it standing with its canopy , in the first part of this storm, apart from people who had removed their canopy’s, every other gazebo in the caravan park had blown over and was damaged to the point that they owners had to throw them out.

Mine, even although it had suffered the major brunt of the storm, was still standing and in perfect condition,for anyone who knows Portarlington caravan park, you will know, this is a huge park with in excess of 250 caravan sites which were all occupied, do you want a great gazebo? Buy one of these, and it will pay for itself,”

The Altegra hexagonal Heavy Duty aluminium frame is an iconic gazebo and marquee frame. Its 50/58mm hexagonal aluminium legs define the robust foundation of a frame that has been often imitated, never duplicated. We’ve added quality and integrity into every component.

Simple and long-lasting. The ring-pull mechanism locks all adjustments.

Heavy velcro on each leg for reliable frame to canopy attachment.

Our Heavy Duty aluminium pop up gazebo frame is the result of extensive real-world testing and our continuous dedication to improvement.

Cover yourself and your marquee occupants with comprehensive weather protection that lasts. We’ve focussed on manufacturing the best 3x3m gazebo canopy possible that is pliable for packing but durable. UPF50+ Excellent sun protection and 100% waterproof are the minimum standards we’ve strived for. This is why our Elite canopy on the Heavy Duty 3x3m gazebo remains at the top.

Our 3x3m canopy is secured to the frame at 16 points.

Built-in connectivity to seamlessly attach walls to all 4 sides.

Fibre dying and UV treatments retain colour for as long as possible.

The Altegra logo is printed to avoid puncturing your waterproof fabric.

We back all our fabric with a 12-month warranty to ensure it keeps you covered by the best.

Leave a lasting impression on your customers and your competition with a premium, custom 3x3m gazebo beautifully designed with our expertise. Sublimation printed canopies result in breathtakingly beautiful designs.

Full design freedom with no limitation on colour or gradient selection.

We lend our expertise to assist in your eye-catching design.

We're proud of our products but we don't taint your canopy design with our logo.

Custom branding for all gazebo canopy panels and walls.

Custom branded gazebos and marquees are an Altegra specialty. We’ve focussed on outstanding, long-lasting prints since our first heavy duty gazebo landed in Australia. And we’re committed to delivering remarkable results so your brand, club, or group really stands out.

We choose only the highest-quality commercial printing processes and materials to provide the best results with exceptional longevity. Vivid colours, sharp lines and photo-quality image prints are emblazoned onto waterproof, UPF50+ polyester that stands proud for years.

Custom branded 3x3m gazebos by Altegra stand out and deliver memorable presences at every event.

Choose to print a small part of your gazebo canopy, or completely wrap your gazebo with your brand with a full canopy print and walls. Our team will work closely with you to assist in a design that looks great when printed and spectacular when next to a competitor.

We’ve simplified our 3x3m custom canopy printing options with a bird’s eye view of frequent 3x3m custom gazebo design options. These are most frequently selected, however, are merely suggestions. You’re free to design as you please (with our assistance, if required)!

Both 3m pitches and their adjoined valances are custom-printed.

The full 360° custom printing for your 3x3m Heavy Duty gazebo.

There's no need to stop at the canopy - design full wallkits, banners, and tablecloths for a show stopping event presence!

We also finish our frames and canopy with an air of refinement to help your 3x3m gazebo stand out. The smooth, brushed aluminium on all heavy duty gazebo frame parts provide both form and function – it both looks great and ensures long-term smooth operation.

The Altegra elite canopy material is undoubtedly a stand-out feature that all our customers love. It’s a pliable woven polyester that is finished to deliver serious protection. Another Altegra feature that results in stand-out event presences. 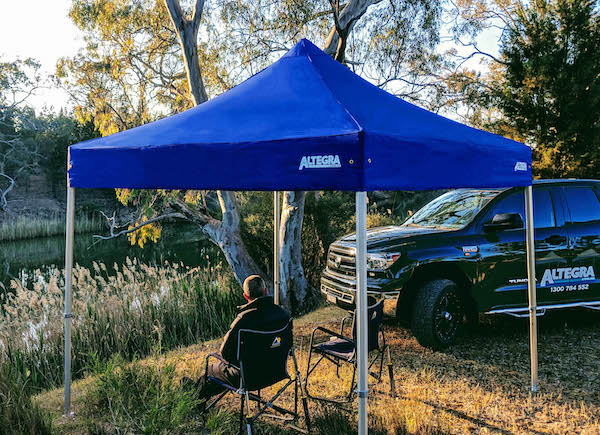 The camping gazebo for when dependability really matters

The seasoned camper, the 4x4 gazebo user, and the serious explorer of our great land know that dependability means everything.

Not only is being caught out with compromised equipment in the bush inconvenient, it can be downright dangerous. Our commitment to continuous testing and refining of our Heavy Duty gazebos has led to extensively dependable pop up tents that we guarantee – for life.

That means safe, satisfying road trips and amazing camping experiences for as long as you enjoy getting out there!

The 3x3m gazebo, providing 9m2 of smart sun and full weather protection, is the most popular and versatile size in our range.

Whether it’s backyard camping, market stalls, for use as a pit tent, or to show off your brand commercially or competitively, our 3x3m heavy duty gazebo will take it in its stride. And it will keep doing so for years and years. A wise investment. We design, manufacturer, test for quality, and are the suppliers of your 3x3m Heavy Duty gazebo. An advantage of maintaining control of all our products from design to delivery is that we have complete confidence and will guarantee that they perform as expected.

A "genuine" warranty is one where we genuinely care about the performance of our products and our customers who use them. Therefore, we back our 3x3m Heavy Duty gazebo extensively.

Our Cast Aluminium Frame joints are steadfast. The frame joint is the most functional component of the marquee, attaching the leg to the upper frame, roof truss to roof truss, and connecting the extendable legs. Substantial forces are imposed upon the marquee joints - therefore, there can be no compromise on strength.

Our heavy duty marquee joints are a harmony of considerable strength and tight tolerance, suppressing superficial movement throughout the marquee. We are proud to state that we have never had an aluminium marquee joint fail and that our 3x3m Heavy Duty gazebos have incredible lifespans.

Our 50mm Heavy Duty marquee frame is a carefully engineered combination of aluminium extrusions. We've crafted each leg and truss of the marquee, optimising for strength and smooth operation while ensuring it remains portable. Rest assured, your Altegra 3x3m Heavy Duty gazebo is an investment for many years of reliable outdoor shelter.

By designing and manufacturing our Heavy Duty 3x3m gazebos using Australian safety regulations and our valued customer feedback as the baseline, we can deliver an exceptional product that exceeds expectations. Australia holds exceptionally high safety standards, which forms the backbone of all of the design of our Heavy Duty marquees. Ensuring public safety when using a gazebo at events is an absolute MUST.

Engineered to Suit the rigours of high-demand use

Our Heavy Duty gazebos and marquees have been revised through 15 years of improvement to target reliability for frequent use. Our commercial marquee users put our pop-up tents through the heaviest use, therefore, are a valuable source of feedback for product revision and innovation. As a result, all components of our Heavy Duty range are professional grade.

Connect hexagonal event marquee frames together with our frame connectors.

Reinforce your event marquee on grass with our spring guy ropes and steel pegs.

Our heat-proof Aluminium foldable table is another extremely packable innovation.

All 3x3m Heavy Duty Gazebo accessories can be added to your online order.
Shop online now to place an order or obtain a quote.

More Gazebos In our range 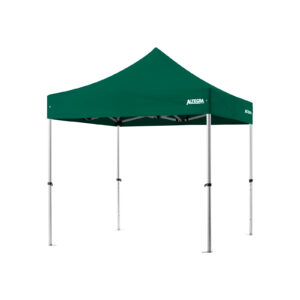 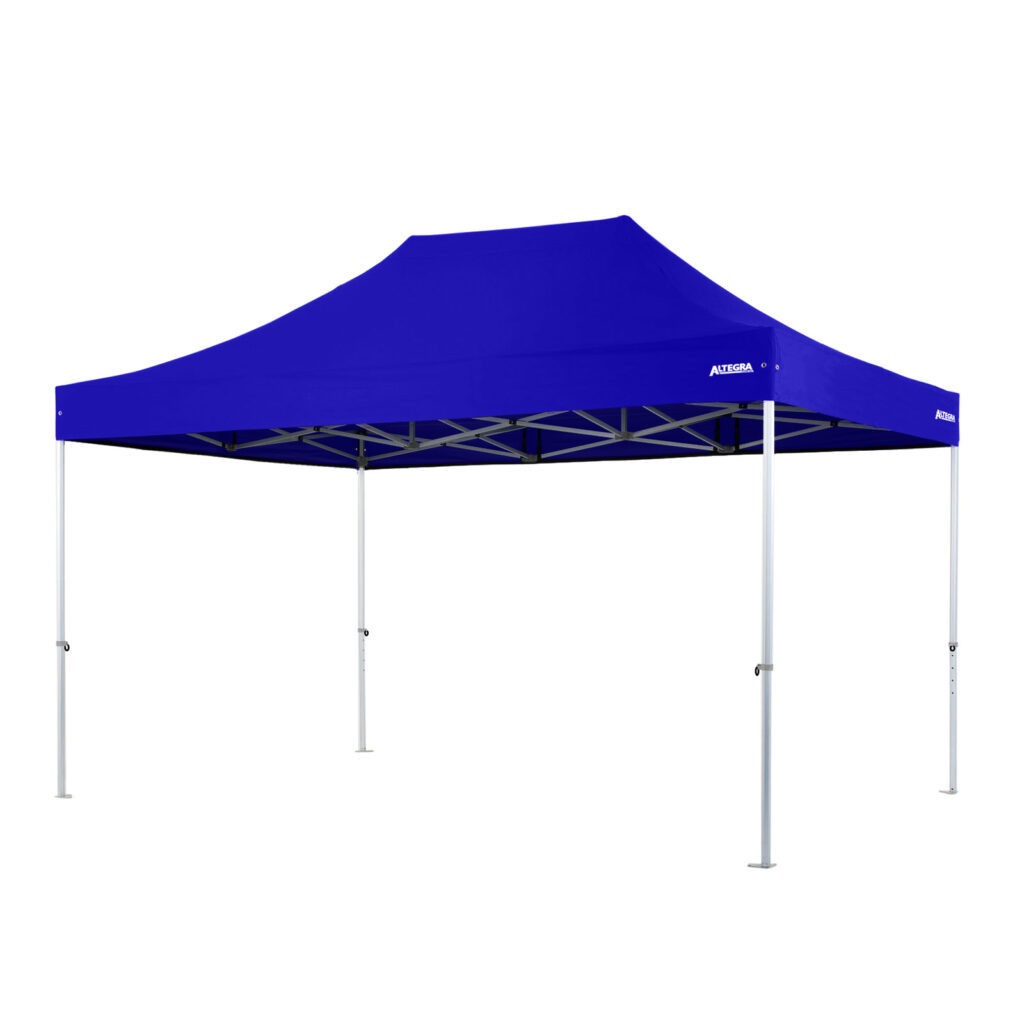 We’re friendly and provide recommendations that we’re confident will suit your specific needs. Let us know if you have any queries.

Chat with us on Facebook. We’re not socialising all day but will get back to you when possible.

Emails may be a little slower to get a response. But we’ll keep your wait as brief as we can.

Are you a victorian community group looking for a marquee?

While the grant application rounds are only open for a short period of time, this is an opportunity that will run until 2023. We are happy to assist you with any queries about the grants, notify you when applications open or recommend a professional team who will support you through the application process.

For detailed information on community grants eligibility, visit our shade grants information page or contact us. 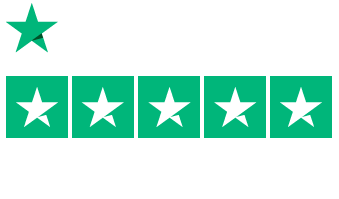